skip to main | skip to sidebar

Vote For My Site 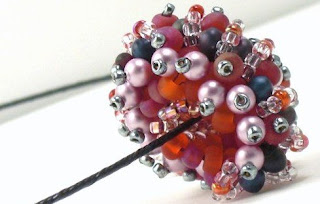 Here are the latest additions to my Sea Anemones Series. They are in my Etsy store for purchase. Each one comes with a 18 inch steel cable choker and are ready-to-wear! 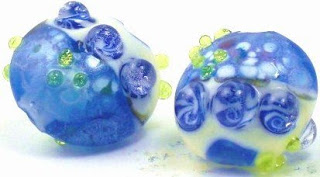 As we anticipate warmer and sunnier days to come to the Pacific Northwest sooner then later, I decided to place it in my beadwork to share with others.

Many people mistake anemones as plants, they are actually animals. Sea anemones are a group of water dwelling, predatory animals of the order Actiniaria; they are named after the anemone, a terrestrial flower. Take a look where my inspiration to make these beaded beauties came from! Kunstformen der Natur (Art Forms of Nature) is a book of lithographic and autotype prints by German biologist Ernst Haeckel. The book was originally published in sets of ten between 1899 and 1904 and as a complete volume in 1904, it consists of 100 prints of various organisms, many of which were first described by Haeckel himself. There are over 1000 engravings produced based on Haeckel's sketches and watercolors. 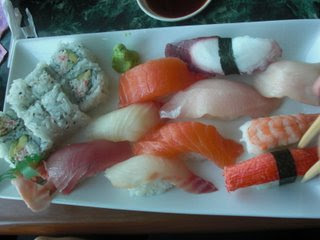 Pass the wasabi and soy sauce please. My daughters and sisters are love sushi! We really got spoiled on Japanese and Asian cuisine when we were stationed in Japan for over 6 years. Here's a dish my daughter picked to get her fix for the week at a small family Japanese & Teriyaki restaurant just down the street from our house. 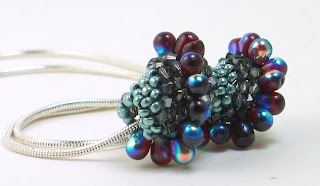 I just learned this is great new twist to the circular peyote stitch last month. I wore the Moulin Rouge last week to show case at work- lots o' great interest and comments! I just put two fabulous finished pendants up for the taking in my Etsy Store. They also come with an 18 inch sterling snake chain. 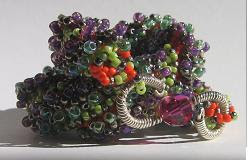 I finished this bracelet and wire-worked clasp in mid July before going on my trip to Maui. I finally had some time this week to take pics of it. It took about 6 hours to complete and it is considered an intermediate level project. Once you get the "helix technique" down and the first four to six rows, the rest is a piece of cake (to me, that is!). 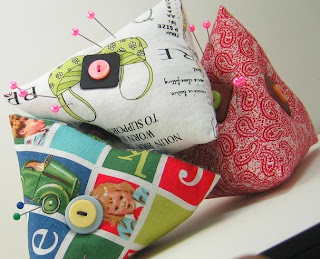 My daughter worked on these "diva" pin cooshies for the past couple of days. No two pin pillows are the same. Each one are sewn with two complimentary fabric designs on each side and then the centers of each cushion are finished with embellishments of handcrafted goodies! 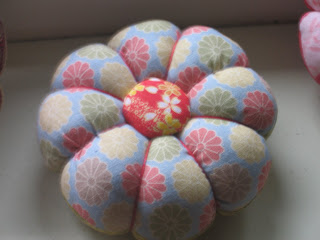 Picture of the Month

Tsunami Beads & Glasswork
Seattle-Tacoma Area, Pacific Northwest, United States
It started with my love of jewelry making. I was really drawn to the gorgeous lampwork beads and I wanted to know how these were made! I ordered a beginner's lampwork kit & IMMEDIATELY realized that this was "my calling"! When time permits, I continue to take classes and workshops to develop new skills in lampwork and jewelry production.

This is a Flickr badge showing photos in a set called Lampwork Collection 2007. Make your own badge here.

If I Won the Lottery